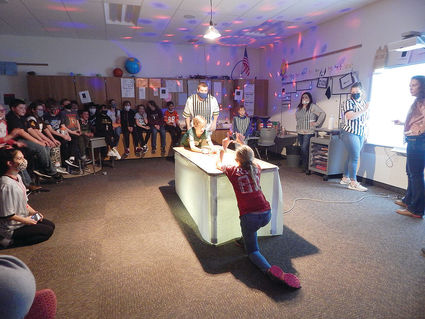 On Feb. 4, 2021, MacKenna Olson became the latest addition to the Paper Football Hall of Fame. But it was a close game!

There was less than a minute left on the clock, and MacKenna Olson vs. Carter Croell. Carter was in the lead most of the time, but MacKenna pulled ahead and won at the last second.

It was the fifth annual “Paper Football Championship of the World.” But unfortunately, due to COVID-19, we were not allowed to bring former champs to referee, except for last year’s champion Tel Marchant.

But since there is a tradition of having previous winners give advice to the first-timers, they showed all of us pre-recorded videos of them saying a few inspirational words. Tel Marchant got to do them in-person. He mainly talked about winning; you need to score points, which was very helpful.

Due to technical difficulties, we didn’t get to see the fourth winner, Keaton Lenz, speak very much. The third winner, Parker Skeens, had been asked if he felt like he was a cooler person now that he was a champion; Skeens replied humbly that he felt like the same person.

Next was Keaton Mills. He said that he got many “sponsorships,” including Gatorade and Under Armor®. They somehow got Sheridan Schubarth to talk, given how famous she was now that she was the first person to win the Paper Football Championship of the World. 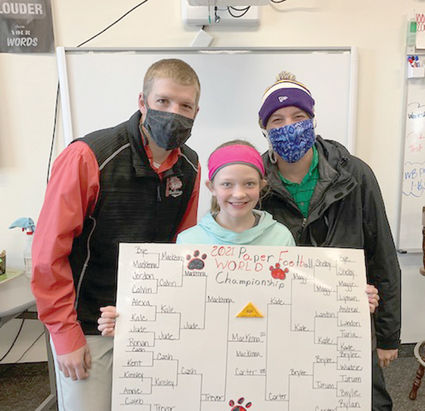 The rules are simple. First, one of our finest-crafted paper footballs is placed on the game field, and to start the game, players must join in on a game of rock, papers, scissors. The winner gets to choose which side of the field they get or if they get the ball.