The Sundance Times is the official newspaper of Crook County and the City of Sundance. It is printed and distributed each Thursday.

Since 1884, the Times has served as the primary source for local news, sports, commentary and marketing in the Sundance/Crook County region.

The Sundance Times has consistently received a number of awards from the Wyoming Press Association annually for news reporting, design, headline writing, general excellence and more.

Owned by Jeff and Yvonne Moberg, of Sundance, the Times group and its employees remain one of the oldest active businesses in Crook County.

The Moorcroft Leader has been “The Voice of the Community Since 1909”. Its coverage of local news, sports, trade, social happenings and more serve the towns of Moorcroft and Pine Haven, Wyoming.

Thanks to a dedicated staff, the Moorcroft Leader was recently honored for its outstanding governmental reporting by the Wyoming Press Association.

The Leader joined the Sundance Times group in 2014.

Our office is located at 304 Riley in Moorcroft.

Originally published by the Black Hills Pioneer in Spearfish, the Wyoming Pioneer has been serving the Hulett and Devils Tower area with local news, sports and information since 1991.

The Wyoming Pioneer was purchased by the Sundance Times in 2004.

The Wrangler is published monthly from September through March each season and is sent out to members of the association across the state and around North America.

It has been published by the Sundance Times since 2005.

The Colorado Snow Scoop serves as the official newspaper of the Colorado Snowmobile Association. It provides statewide snowmobile-related news, area reports, safety information, industry insights and more for snowmobilers across the Gem State.

Four printed editions of the Scoop are published bi-monthly, September through April. 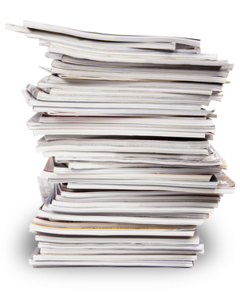