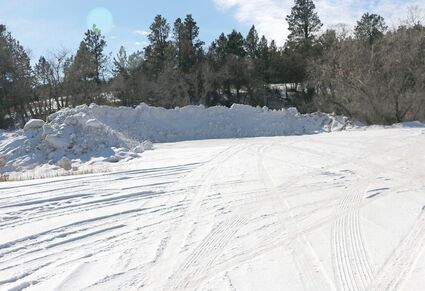 The snow pile that usually grows through the winter at the base of the Canyon Road is still looking somewhat sparse.

Due to an overall lack of snow, the Sundance Chamber of Commerce has made the difficult decision to cancel its annual Winterfest celebrations.

The Sundance Winter Festival had been scheduled for February 12 but, with less than two weeks to go, the city is conspicuously free of the piles of plowed snow that are usually visible at this time of year. The winter has been mild so far, with few significant days of snowfall.

This is the second cancellation in a row for Sundance's popular winter event. Organizers were forced to call time on last year's event for the same reason: you can't build a s...