Dorothy was born on February 10, 1927, to the late Roy and Merena (Jay) Koonce. She attended Vandalia High School, Vandalia, Illinois.

She worked as a dietary manager at Sundance Memorial Hospital, Sundance, Wyoming. She lived in Sundance for 35 years, Hillsboro and then Raymond.

Dorothy married Rex White, and they later divorced. She married Eugene Robert Gerhart on October 23. 1971, in Hillsboro. He preceded her in death on January 9, 2009.

She was a member of New Hope Baptist Church, Litchfield and the Calico Twirlers. She loved to square dance and read her Bible daily. 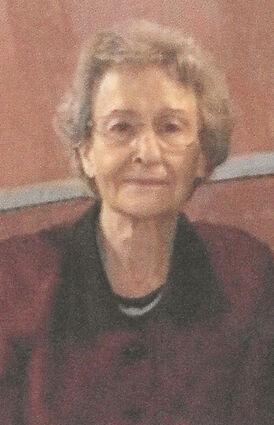 In addition to her parents and her husband, she was also preceded in death by her siblings, Donald Koonce, Bill Koonce, Bobby Koonce, Aline Trulock, Mary Koonce, Keith Koonce and Bonnie Koonce.

Online condolences may be written at http://www.basspattondeanfh.com.