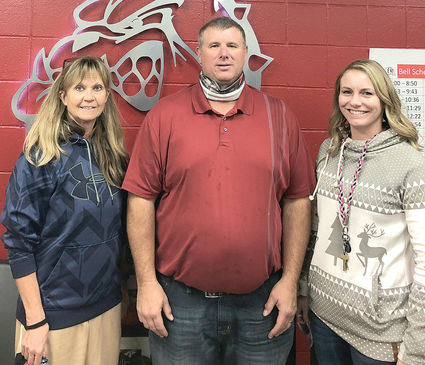 SHS Golf Coach Lisa Dutton (left) was named the 2A Girls Golf Coach of the Year after leading the Sundance girls on to win the state championship.

Upton-Sundance Patriot assistant Lance Hofland (center) was named as a Wyoming Assistant Coach of the Year for his efforts in guiding the Patriot team to another great football season that saw the team fight well into the playoffs.

The coaches will be honored this summer at the annual Wyoming Coaches’ Association Hall of Fame – Awards Banquet in Casper.