Richard J. Macy passed away peacefully at 92 years of age on Friday, December 30,2022, at his home in Green Valley, Arizona.

Richard was born on June 2, 1930, in Gabriels, New York to Edward and Gertrude Macy. The family moved frequently during the Depression years but settled in Shell, Wyoming in 1946.

They had three children, Anne (Tate), Patricia (McKim) and Mark Macy. Richard established a law practice and they stayed in Sundance for 27 years.

Richard served as the Crook County Attorney from 1970 to 1985. On May 2, 1985, he was appointed by Governor Edward Herschler.to the Wyoming Supreme Court.

Richard was a justice of the Wyoming Supreme Court until his retirement in June of 2000. He served as Chief Justice from 1992 to 1994.

He was also a member of the National Conference on Uniform Laws, serving from 1982 to 2000. Richard was the oldest living member of the Wyoming judiciary on the date of his death.

Richard and Emily Ann were married for 59 years. He was a dedicated and beloved husband, father and mentor to his children, grandchildren and family.

Richard was an excellent baseball pitcher, snow and water skier in his youth. He loved to fly fish and talk about his many adventures with friends and family during his later days living on Sand Creek, Wyoming. 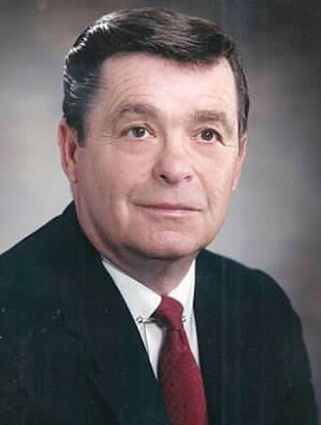 He is survived by his children, Anne (Tate), Patricia (McKim) and Mark Macy; sister, Nancy Denton; grandchildren, Kendall Tate, Drew Tate, Christine McKim, Connor McKim, Luke Macy and Elaina Macy; and many nieces and nephews. He was preceded in death by his mother, father and Jean Edwards (sister) and his wife, Emily Ann Macy.

A memorial mass will be held at the St. Paul's Catholic Church, Sundance, Wyoming, with a Celebration of Life gathering at the Mark Macy residence in Sand Creek, Wyoming on June 10, 2023. Relatives and his many friends are invited to share their memories and stories at the Sand Creek gathering.

In lieu of flowers, the family requests donations be made to Saint Joseph's Children's Home in Torrington, Wyoming, an organization that Richard strongly supported, serving for many years as a board member.