Ronald James Ericsson, age 87 of Belle Fourche, South Dakota, passed away Thursday, December 22, 2022, on his ranch in Wyoming. He was a scientist, rancher, businessman, father and grandfather, brother and husband to his beloved wife Jean (deceased).

No services will be held. Arrangements are with Leverington Funeral Home of the Northern Hills in Belle Fourche. Friends may leave written condolences online at: http://www.LeveringtonFH.com.

Ronald was born July 17, 1935 in Belle Fourche, South Dakota. He was the son of Virginia Yvonne (Clarkson) and Arnold Ericsson, and one of six children.

He grew up in western South Dakota in a family of homesteaders that were Swedish and English. He would describe his upbringing as, "today they talk about work ethic, but back then you just worked. You had chores, you milked the cows and fed the chickens. You did what you had to do; you grew up".

Ron had a job at age 13 working with his grandparents, who had a 50,000-acre ranch. Neither of his grandparents drove vehicles, because they had horses. One pasture was 5000 acres, and Ron's job was to ride on the cattle.

Ron lived and attended elementary school in Belle Fourche, and as a ten-year-old he lived on the same block as the girl he would later marry. Ron had several siblings – Donna Ericsson Freemole (deceased), Lynn Ericsson (deceased). He is survived by his brothers Roland and Lee Ericsson and his sister Beverly Keegan. While in school in Belle Fourche, Ron played the saxophone, was a calf-roper in the rodeo and became an Eagle Scout.

Ron married his wife Jean on August 19, 1956. Both Jean and Ron went to college in Fort Collins, Colorado, at Colorado A&M University (now Colorado State University) where Ron played polo; he also served as a Captain in the U.S. Army Reserve from 1958-1968.

Ron pursued his PhD and worked as a scientist, while Jean raised their two children, Julie Anderson (Gary) and Scott Ericsson (Patricia). Ron's career took Jean and their family all over the world for work assignments – living in Germany, Iran, Michigan, Marin County, California, Wisconsin, Idaho and Kentucky.

From 1987 until his death, Ron served as President of Androscore Corporation and Gametrics Limited, which he headquartered in Alzada, Montana and operated from his ranch in the northeastern corner of Wyoming. Earlier in his career, Ron founded Gametrics Limited in Sausalito, California (1974-1985); was an investigator at the Institute of Research in Human Reproduction in Tehran, Iran (1973-1974); a special consultant at Schering AG in Berlin, Germany (1971-1973); he taught as an adjunct associate professor at Western Michigan University in Kalamazoo, MI (1964-1971); was a senior research scientist at the Upjohn Company in Kalamazoo, MI (1964-1971); a postdoctoral fellow at the University of Wisconsin in Madison, WI (1963-1964); and a research assistant at the University of Kentucky in Lexington, KY (1960-1963).

Ron authored and contributed to more than 75 scientific publications in medical and biological journals, as well as textbooks, in the field of male reproduction. He co-authored the book "Getting Pregnant in the 1980s" (1982) and was the subject of more than 1000 interviews worldwide for television, radio, newspapers, magazines and books.

Eventually, Ron and his wife Jean settled on their Lonesome Country Ranch outside of Alzada in the northeastern corner of Wyoming. At the Wyoming ranch house, Ron and Jean would host their grandchildren Marie (Andres) Ericsson, Spencer (Brie) Ericsson and William Anderson during summer vacations.

Ron would teach his grandchildren range management and foster values for being good stewards of the land. He took them on horseback cattle drives, told stories of his childhood and attended rodeos and Clarkson and Ericsson family reunions. 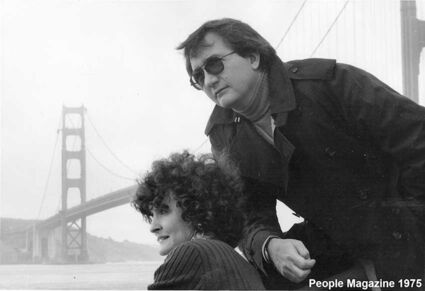 From the Texas house, Ron would operate Gametrics and Androscore during winters, while seeing more of his grandchildren Spencer and Marie. Ron was an ambitious businessman with a passion for science, but he never hesitated to tell those who would listen of his humble beginnings in South Dakota, and of the land and family life that inspired his work ethic.

Ron is survived by two great grandsons, Weston and Quentin, who he did not get to meet, but who will be raised with his stories, knowledge of land management and legacy of ranching in Wyoming. He will be remembered with steadfast respect for his drive to succeed, and the resilience that facilitated his accomplishments.

When asked, he would attribute these qualities to his mother, who "told me the reason I am a success is that I did not quit. I said 'sometimes one has to quit' and her reply was 'you didn't'."