Jason was born in Havre, Montana, May 14, 1974 to Jerry and Debra Otto. He grew up on the family farm west of town with his two brothers near the Big Sandy Creek.

He attended Havre Public Schools, graduating early from Havre High. He married his high school sweetheart, Dyann (Spangler) Otto, on his birthday in 1994. They have two children, Colton and Amanda.

Jason worked mostly in the oilfield, starting in dirt work construction and moving his way up as a lease operator, a drilling consultant, a foreman and a workover consultant. He was just getting started with a new construction company, partnering with his good friend.

Jason lived with his family in Havre and then moved to Midland, Texas in 2003 for a couple years. Yearning for Montana, they moved back and settled in Rudyard, Montana in 2006.

In 2013, Jason was transferred to Gillette, Wyoming and the family decided to settle in Pine Haven, Wyoming.

Jason was a member of the Fresno Chapter of Walleyes Unlimited, in Havre, Montana, helping out with tournaments and the Kid's Fishing Education Day. When he moved to Wyoming, he became a member and Vice President of North East Wyoming Walleyes Association (NEWWA).

He helped the club establish a similar kid's program for the surrounding schools. He helped continue the tradition of the local fish fry and attendance increased year over year.

He was intelligent, loving, loyal, funny, eager to help people and hard working. He was willing to put other people's needs before his own.

He was a humble man always passing on his knowledge. He was a fountain of wisdom, sought out by young and old. He was never afraid to have a "large" time.

Jason loved hunting, fishing, camping, off-road trail riding on his UTV, snowmobiling, bowling and doing all of these things with his family and friends. 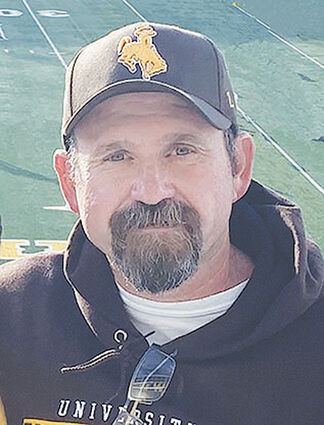