Roy "Dutch" Hoyer, 86, of Glenrock, Wyoming, passed peacefully in his sleep on December 11, 2022, at Banner Medical Center in Casper.

Dutch was born on January 31, 1936, in Sundance, Wyoming, to George and Betty Hoyer. He attended Sundance Elementary and Sundance High School until the eighth grade before striking out to pursue an incredible life of self-learning and experiences.

Having been blessed with a strong mind and body, Dutch quickly found his way into a career in oil exploration and production. Though conscious of the fact he lacked formal education, Dutch never allowed that concern to define him as his incredible work ethic and ability to overcome obstacles quickly made him stand out amongst his peers.

After nearly 50 years in the oil industry, Dutch retired as a consultant and subject matter expert for the Apache Oil Company and, at 62, successfully attained his GED. 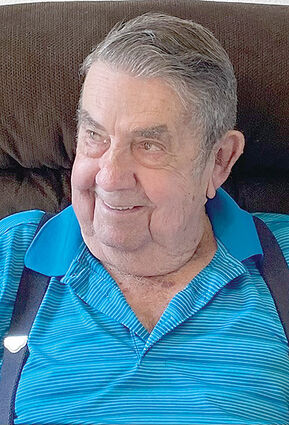 Although Dutch spent a career in the oil industry, his true passion was ranching and spending time with his friends and family. Having never known a stranger, Dutch always wore a welcoming smile and is most commonly known for his boisterous laugh that was contagious to all.

Dutch is survived by his sister, Zelma Hoyer of Sundance; and his three children, Gloria Thoeny of Glasgow, Montana, David Hoyer of Casper, Wyoming and Kathy Lenz of Sundance; two stepchildren, Stephanie and Patrick. He leaves behind six grandchildren and 12 great-grandchildren.

Dutch was preceded in death by his wife, Brenda; his brother; sister and his parents.

Services will be held at Newcomer Funeral Home in Casper on Thursday, December 15, at 10 a.m.

To send condolences or leave a special message for the family, please visit NewcomerCasper.com