William "Bill" Eugene Gartman passed away peacefully at home in his sleep on November 21, 2022, after a courageous battle with cancer.

Bill was born May 19, 1943, in Milwaukee, Wisconsin, to Eugene and Lorraine (Whitman) Gartman. He attended the University of Wisconsin Milwaukee and the Graduate School of Banking in Madison, Wisconsin.

During the Vietnam War, Bill joined the U.S. Air Force and honorably served his country in Korea. He married Ruta Kupsis Udris on June 4, 1977, and she became step-mother to his two daughters, Jennifer and Laurie.

They lived in Oconomowoc, Wisconsin, where Bill worked as vice president and manager of Bank One Milwaukee's Oconomowoc Office. Bill was always an active member of his community and served for many years as president and other positions in the Oconomowoc Rotary Club.

He was proud to serve as chairman and be a board member of the Board of Directors of Oconomowoc Memorial Hospital as well as president of the Oconomowoc Chamber of Commerce. Bill always abided by the Rotary Club motto, "Real Happiness is Helping Others".

Throughout his life Bill enjoyed sports, especially tennis and bowling excelling in both. He spent a number of years playing tennis tournaments to benefit the Cystic Fibrosis Foundation.

The love of camping and the outdoors made him happiest. Bill, Ruta and the girls toured most of the U.S. National and State Parks including Disneyland and Disneyworld. But Bill's all-time favorite place was the Black Hills of South Dakota and Wyoming.

It was inevitable that in 1991 Bill and Ruta purchased property west of Sundance, Wyoming with a beautiful view of Inyan Kara Mountain with plans to retire there. In 2005 they built their home there and enjoyed retirement. Bill loved the nature, beauty, wildlife and people of Wyoming adn always said, "Wyoming is truly like no place on earth". 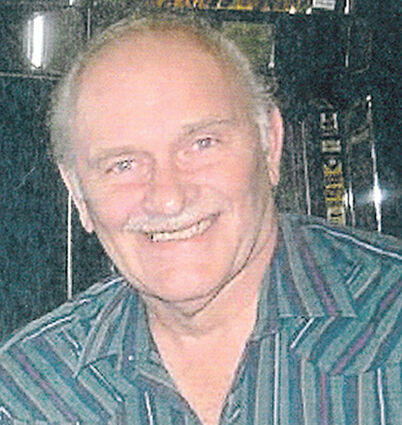 Bill was a loving husband, father and grandfather. He was proud to be a man of honor, honesty and integrity. Bill had a great sense of humor and enjoyed all people, especially his friends and was always ready for a trip to Deadwood.

He is survived by his wife, Ruta; children, Jennifer (Richard) Corgiat of Waukesha, Wisconsin and Laurie Henning of Middleton, Wisconsin; grandchildren, Alexander Henning and Eliana Henning and other family members. Bill was preceded in death by his parents, Eugene and Lorraine Gartman.

Cremation has taken place and there will be a no services per his request. A family celebration of life will occur at a later date.