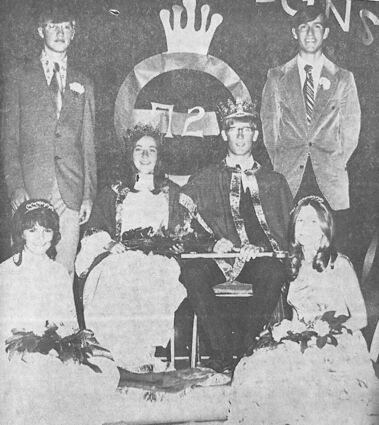 At six o'clock Monday morning early risers in Sundance were startled to see a dense volume of smoke rolling over the cliffs of Sundance mountain. Prompt response was made by Hal Baldwin, Walther Williamson, Mel Dudrey, J.C. and Rube Hurtt, and these five held the fire from spreading south and east until a relief of eight more men reached the top. Investigation showed that the fire started from the cabin, which was set on fire from coals left in an old stove by campers the day before. The general opinion is that it is a relief that the cabin is burned down, a...