Jim Jordan was born June 2, 1959, to Bob and Deene Jordan of Harrison, Nebraska. He was their fourth child.

He attended school in Sioux County. He met the love of his life, Sheri and they married October 30, 1978. They first made their home in Glenrock, Wyoming, before moving to Douglas and then Lusk.

Always an independent and free spirit, Jim walked his own path. He started Jordan Auto in 1985.

He served the community of Lusk as a mechanic and as a tow truck driver. Jim's big heart also allowed him to assist stranded travelers on Wyoming's long, less-traveled highways. Jim liked to share his hearty laugh with family, friends and strangers alike.

He got his love of cars and mechanics from his grandfather. Jim learned much while working alongside him keeping the 1930s car sweeps running for the hay season. He loved fast cars and shooting sports. 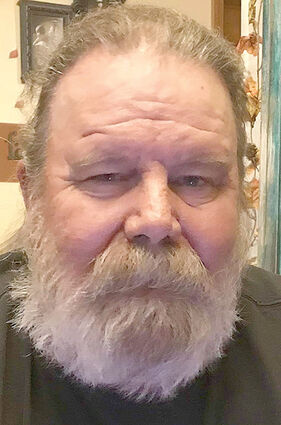 Jim and Sheri had two daughters, Crystal and Tonya. Both girls went through school in Lusk. Sadly, Tonya lost her life in 2005 in an automobile accident.

He is survived by his loving wife, Sheri; daughter Crystal (Rick) Zerbe and a very special grandson, Liam who was his pride and joy; brothers, Dan (Crystal) of Harrison and Pat of Lusk; and sisters, Mary Jayne of Sundance and Carol of Aladdin. He was preceded in death by both his parents; his in-laws; his daughter; and his brother, Steve.

Funeral services for Jim were held at the Niobrara County Fairground Auditorium on Friday, September 9. Following the service there was a procession of classic cars and tow trucks to the cemetery. A memorial for the Niobrara County Sportsman Club has been established.