Douglas Leroy Hunter, 65, of Sundance, Wyoming, passed away with a wave goodbye on August 26, 2022, at Monument Health in Rapid City, South Dakota.

Doug was born October 6, 1956, in Newcastle, Wyoming, to Kenton and Lois (Fillinger) Hunter. He was the first born of two sons. The family resided in Newcastle until 1965 when they moved to Gillette, Wyoming. Doug was a graduate of Campbell County High School in 1975. After a summer of fun, he attended Casper College where he completed a degree in Coal Field Technologies. Shortly after graduation he was employed by ARCO at Black Thunder Coal Mine. He worked as a mechanic for 42 years at Black Thunder, becoming known as one of the best mechanics in the business. He was very proud of the work that he did. During his time at Casper College, he met and fell in love with Sheila Nussbaum. They were married in 1977 and in 1981 brought a daughter into the world, Tonya.

Throughout his childhood he learned ranching at his aunt and uncle's ranch south of Newcastle. It was a passion he was able to pursue when, in 1996, he and his family moved to the Nussbaum Family Ranch in Sundance. He continued working at the mine and on "days off" he worked at the ranch. He learned everything from the schedule of the cattle, to haying, to the being the head mechanic on farm equipment instead of mining equipment. In his not so spare time, Doug enjoyed being outdoors, including snowmobiling, boating, fishing and hunting. Hunting season was his favorite time of year with hopes of bringing home that trophy elk or the elusive Big Horn Sheep. He loved including Sheila on those hunting adventures. Sharing his passion and teaching Sheila about hunting and how to hunt was a way for them to share a lifelong activity together. One of his favorite activities was shooting and educating young kids about guns. Doug and Sheila bought Tonya her first .22 rifle at a very young age and she shot many a beer can, with Doug at her side, as he taught her to be a better shot than most men.

A man with a heart this size of Wyoming, he was always willing to lend a hand to family or neighbor in need. He loved fiercely and would do anything to protect his family. 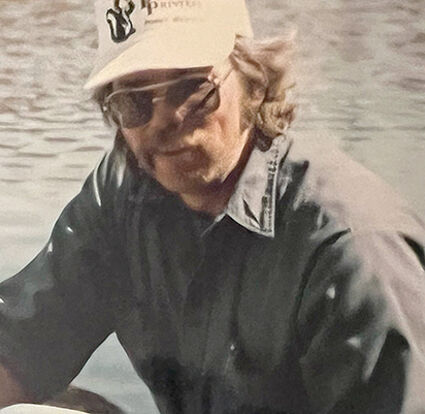 A celebration of life will be held on September 24, 2022, at 2 p.m. at the Sportsmen Shooting Complex at the Crook County Fairgrounds. In lieu of flowers, donations can be made to Sundance Kid Trap Shooting Club. Condolences can be mailed to 399 Schlup Rd. Sundance, WY 82070.