Our father, grandfather and great-grandfather Richard H. White, 83, passed away peacefully in his sleep and went to rest with the Lord on August 22, 2022 at Spearfish Canyon Healthcare in Spearfish.

He was a proud descendant of one of the first gold miners in the Black Hills, Richard Grenville White. He followed the path his grandfather blazed and became a gold miner at Homestake Gold Mine in Lead. Wanting to make mining safer and save lives, he became a federal mine inspector for Mine Safety and Health Administration (MSHA) where he proudly served for over 20 years.

He also very proud of his service in the US Army, 7th Infantry Division, Camp Keiser, Korea with his best friend Tom Matthews and many other great Americans.

After serving in the Army, he returned to South Dakota where he met Sherry Dillavou at a dance. He quickly fell in love with her and they were very happily married for 61 years.

He was a man of God and strived to serve others. To those who knew him, he was the rock solid, gentle giant of the White family.

He not only took care of his family, but his parents, his uncle, his niece and anyone else who needed a help in the community. His family, friends and the entire community could always rely him on in both good and bad times. He was the type of man whom every man should want to emulate. 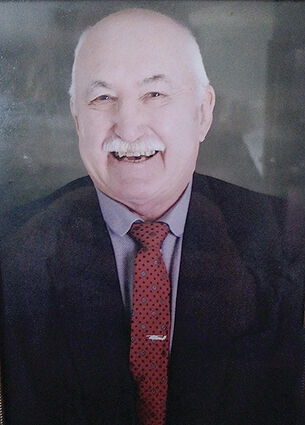 He will be laid to rest with his blessed wife, Sherry. He was preceded in death by his parents, Richard and Mary, and his brothers and sisters: Audrey, John, Evelyn, Marilyn and Larry.