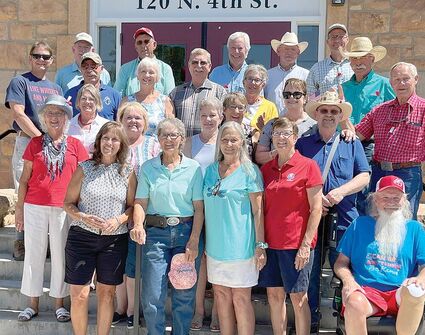 Reunion activities included whitewashing the "Sundance," participating in county fair activities (including having a float in the parade), a gathering at the Sundance Country Club on Saturday night, a hike at Reuter and a farewell breakfast on Sunday morning, along with lots of visiting and picture taking.