Early Friday, July 22, 2022, Donald Lee Peterson, better known as “Pete”, passed away peacefully in his home on his ranch property south of Sundance, Wyoming, at age 83.

Pete was born November 3, 1938, in Sundance to Harriet (Waters) Peterson and Lenard Peterson. He was the fifth of nine children and grew up on the family ranch in the Sundance area and graduated from Sundance High School.

He married Suzanne Marie Gustin on June 6, 1970 and they first made their home on his mother’s ranch and later on the ranch he and Suzanne bought south of Sundance on 585. During their marriage they welcomed two daughters, Nancy (1975) and Lynn (1980).

He worked as a rancher for his entire life and enjoyed a life of freedom being his own boss and caring for cattle. He was a cowboy through and through.

He had an active outdoor lifestyle and enjoyed rodeo, specifically team roping. He was also an avid hunter and his elk helped feed the family and filled the freezer for many winters. He had many wild stories of him and Christy or Charlie tracking a big bull and the thrill of seeing it run so majestically put a gleam in his eye. 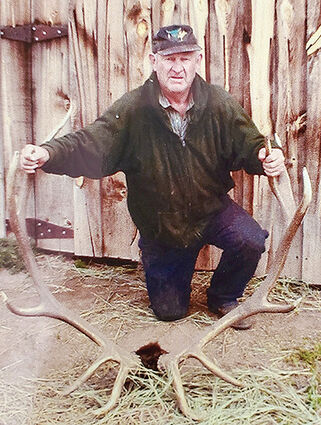 He is survived by his sisters, Matilda and Carol; his brothers, Martin and Richard; wife, Suzanne; daughters, Nancy and Lynn; and grandchildren, Nicholas, Chloe, Curtis, Reed and Anna. Preceding him in death are his brothers, George, Robert “Rob”, Carl “Bull” and son-in-law Curtis.

Visitation will be from 4-6 p.m. on Saturday, July 30, 2022, at Fidler-Roberts & Isburg Funeral Chapel in Sundance. Funeral services will be at 2 p.m. on Sunday, July 31, 2022, at the United Methodist Church in Sundance. Burial will follow at Green Mountain Cemetery in Weston County.