With heavy and grateful hearts, we mourn the passing of our father, Keith LeRoy Shelstad on June 20, 2022.

Keith was born the youngest son of nine children in Chinook, Montana on July 15, 1937. Ever responsible, he worked on the farm, did odd jobs all over town and later joined a seismograph crew working in Montana and the Dakotas.

At 17, he joined the United States Air Force, stationed in Morocco, North Africa as a Tech Specialist 4. He served with pride for four years, returning to Montana after discharge.

Having restless feet, Keith came to Gillette, Wyoming in 1959 to drive cattle truck for Bell & Mooney. At the Sands Motor Lodge, he flirted outrageously with a "little gal whose laugh lit up the place" named Ruth, and it was all over. They were married on August 22, 1960, adding children Kim, Karla, Mick and Delmer to their family.

He had jobs in the oil field, drilling water wells during the booming years in Gillette, coal mines, and finally his own business Dust Control, Inc. Keith holds two US patents for his dust containment inventions.

In 2016, Keith moved to Sundance, Wyoming and built a beautiful cabin. It and the land became his new obsession, along with going to every auction available. 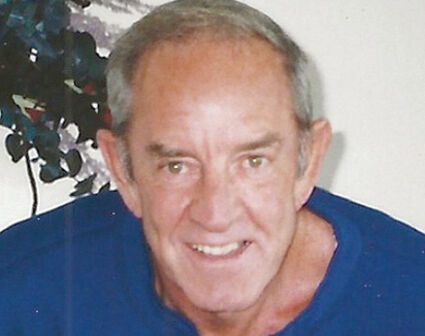 But his finest moments were the ones he spent with the people he loved. He was a heck of a guy that wrote one heck of a book of life's adventures! Oh, the stories we have to share!

Please know how happy we are for him and that overshadows any sorrows.

A Celebration of Life will be held at Family Life Church with Marty Crump officiating on Thursday, June 30, 2022 at 11 a.m. Burial will be in Mt. Pisgah Cemetery following the service.