Kenneth (Kenny, Ken) was born December 12, 1937 and passed away peacefully in his sleep September 14, 2021 at the age of 83. He was preceded in death by his parents, Ralph Kenneth Wattier and Dolores Elva Hanson Wattier; sister, Iris Elaine Wattier Timm; and grandson, Anthony Scott (Tony) Wattier.

Ken graduated from Belle Fourche High School in 1955 and went on to receive his Bachelor of Science in Mechanical Engineering in 1959 from South Dakota School of Mines and Technology in Rapid City, South Dakota. His professional life led him and his growing family to Montana, Minnesota, and eventually to settle in Mobile, Alabama in 1971. In the early eighties Ken was hired in Houston, Texas by ARAMCO and accepted assignments to work in Italy, Korea and Saudi Arabia.

Ken tackled with perfection every project which he encountered, such as: framing for building construction, pouring concrete, metal fabrication and repairing endless broken items like vehicles, boats, leaking plumbing and short-circuited electric wiring. These talents were especially obvious and valuable while restoring the beloved historical family home on West Street.

He had a lifelong passion for fishing, hunting, traveling and rock collecting. Given more time on this earth he would have found a geologist to confirm that a treasured rock he had found is indeed a meteorite!

Ken's eight children are thankful for his "openness to life," his work ethic and his sacrificial provision for his large family. He had a clever sense of humor and we all loved his great big belly laugh!

He had an excellent memory and a talent for sharing family history in stories. He was particularly passionate about the Black Hills of South Dakota, a love he passed down to his children.

We especially appreciate his interest in and great knowledge of global affairs. He worked tirelessly to preserve American Freedoms for his children and for future generations. 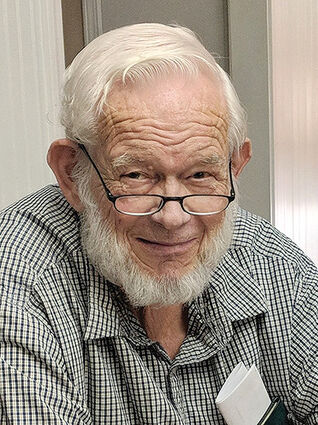 Eternal rest grant unto them, O Lord, and let perpetual light shine upon them. May the souls of all the faithful departed, through the mercy of God, rest in peace. Amen