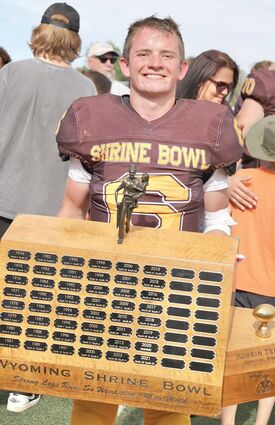 By a score of 37-3, the North team took home bragging rights from the annual Wyoming Shrine Bowl football game in Casper on Saturday. Upton/Sundance's Reece Barritt played defensive corner for the winning squad this year after being selected for the honor by North Team coaching staff.

In addition to Barritt, Hulett's Bryce Ackerman was also selected to the North squad but was unable to participate.

Trent Pikula of Thunder Basin High School was named as the North's head coach, while Boz Backen (Hulett) and Kirk McGlaughlin (Big Horn) were among those added to his staff.