Wace was the youngest of four kids, having three older sisters to pick on (Ivy Burks of Mississippi, Kate (Blake) Conner of Isabel, South Dakota and Kara (Morgan) Uhrig of Gillette, Wyoming). His nieces and nephews include Craig and Lexi Burks, Kade and Curtis Conner and Brooklyn Uhrig. He is survived by his grandmothers Shirley Anderson and Char Carter.

Wace married the love of his life, Sammi Jo (McCoid) Snook along with her son Collin, on August 28, 2021.

Wace grew up along the Little Missouri River breaking colts and raising cattle. He started riding broncs around age 12. He attended the John Forbes bucking horse school around 1998. It was his dream to rodeo so he switched from Hulett High School to Moorcroft High School in order to participate on the high school rodeo team. In 2005 he qualified for the National High School Finals and placed in the bronc riding. Wace attended Casper College where he rode saddle bronc for the college rodeo team. He also qualified for the college national finals in 2006. He went on to pro-rodeo for several years placing at top rodeos.

Wace quit rodeo to help his parents on the ranch as Melvin's health was deteriorating. He spent his remaining short years there ranching. He was somewhat of an entrepreneur as he started a couple of businesses including Hambone Fencing and Hide Out Leather where he made chaps and other leatherwork. One of his favorite jobs was making the bronc halters for Burch Rodeo for their NFR bucking horses one year. You can find Wace in the Cowboys Calendar and on the Deadwood Days of 76 rodeo poster by Artist Bob Coronado. His cowboy style was iconic.

Wace worked hard at ranching, which was his passion along with rodeo. Those that know Wace, can tell you how his eyes lit up around kids. He had a special place in his heart for the little ones. 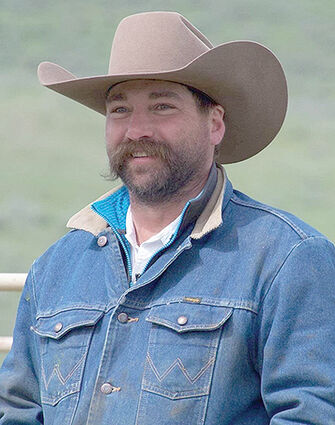 Wacey died at the ranch on May 24, 2022. A memorial service followed by a reception was held at the Hulett Greater Community Center on Tuesday, May 31, 2022.