Jerry Lee Schloredt, raconteur, foodie, avid reader, golfer, practical jokester, political pundit and all-around man about town, passed away Monday, May 16, 2022. He died peacefully at his daughter's home in Spearfish, South Dakota, surrounded by the loving embrace of his family.

Jerry was born on October 12, 1936, in Lead, South Dakota, and raised in Beulah, Wyoming, Grass Valley, California and Reno, Nevada. He was the youngest son of Albert and Esther (Ward) Schloredt. Jerry fondly recalled growing up with his large extended family on what is now, and was then, the Simons ranch in Beulah.

Times were often difficult, in those post-Depression years, yet he accepted the triumphs and the challenges with equal fondness.

He was accepted into an elite sector of the Navy Seabee's nuclear division, due to his high test scores and mathematical abilities. He completed extensive training to achieve his senior reactor operator certification, retiring as a senior chief petty officer.

He served at several international posts, Antarctica, Greenland, Canada, The Bahamas and Panama, and was posted domestically in California, North Carolina, Virginia and Rhode Island.

He served six tours in Antarctica and one in Greenland. In recognition of this extraordinary service, a glacial ridge in Antarctica was named in his honor, Schloredt Nunatak.

In retirement, Jerry kept busy working in private sector positions, mining and electrical contracting, but was best known as the long-term proprietor of the Dime Horseshoe Bar and Tavern in Sundance, Wyoming.

Jerry lived a long, happy, exceptionally varied life. He successfully managed to extract more opportunity, joy, travel and life experiences than most of us could dare to dream.

He was a devoted father and grandfather, happiest when spending time surrounded by his ever-growing clan. 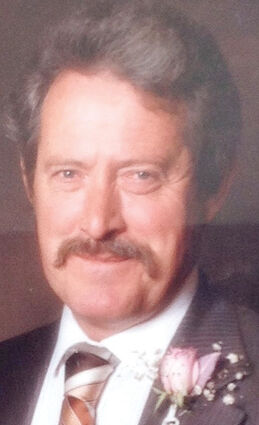 A testament to a life well lived...we will forever hold you in our hearts.

Arrangements by Fidler-Isburg, to include a graveside service at Beulah Cemetery at 1 p.m., Saturday, May 21, 2022 to be immediately followed by an epic celebration of life reception at the Trading Post in Beulah. Hors d'oeuvres will be provided; anyone wishing to bring a covered dish would be appreciated.