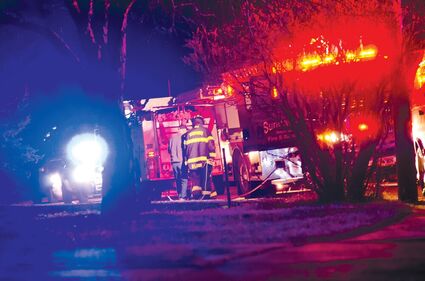 A structure fire on Thompson Street that began late on Thursday evening was thankfully brought under control before it could cause irreversible damage, due to the quick response of volunteers from the Sundance Fire Department – including the occupant of the home.

"It was actually one of our firemen's house. It started on the outside in the dumpster and it burned up the outside of the house and then got into the rafter of the garage," says Fire Chief Gari Gill.

"It burned the siding on the house and then got up into the eaves and into the rafters of the garage, but it was brought under co...