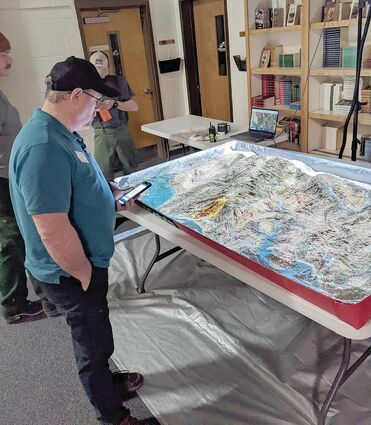 Had it been a real fire, the first mistake could have been fatal.

The fire was fake, but the adrenaline was not.

This year's all-county firefighter training was based around a digital simulation authentic enough to summon a sense of urgency similar to one that might be sparked by an actual wildland fire.

"We want to be as realistic as we can, just short of having smoke in the building – and if we could figure out how to do that, we would," says Jeremy Dedic of Wyoming State Forestry, which led the training.

The training was just one demonstration of the lengths to which Crook County's vol...