Marvin was born April 30, 1933 in Dempster, South Dakota, to Ralph and Sophie DeWall. He has a younger sister, Janet (Alvin) Henderschidt.

He grew up on the family farm in Hamlin County, South Dakota. It was here that he developed a love and knowledge of horses.

In 1951, Marvin started his stock car racing career, owning, building and being mechanic on most of his race cars during this time. While being employed in Watertown, he continued his career by going to and winning many races at the Eastern, South Dakota tracks and track championships in Minnesota and Iowa.

In 1994, the family moved to Jackson, Minnesota, working for Vet's Oil, raising horses and continuing to race. Marvin had a gift of making friends and had many fans that would follow his racing schedule Family vacations were racing, horse shows and trail riding.

Marvin loved ranching and also continued to race, driving the No 66 sprint car at the Rapid City track. While living near Sturgis, Marvin had the privilege to work as an extra on the movie set of "Dances with Wolves" along with providing hay.

In 1993, Marvin and Joan moved near Beulah, Wyoming and later purchased a ranch there, raising horses and cattle, where they were living at the time of his death. Marvin loved buying and selling horses and attending sales in Billings, Montana and Mandan, North Dakota, making many friends. He continued ranching until health issues no longer permitted. 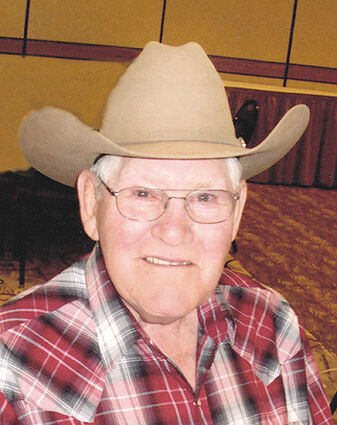 Marvin was a member of the Racing Hall of Fame of tracks in South Dakota, Minnesota and Iowa, Our Savior's Lutheran Church and a member of AQHA for years.

Funeral services will be held Thursday, March 24, 2022, at 10:30 a.m. at Our Savior's Lutheran Church, Spearfish, South Dakota. A lunch will be served following the service. Memorial visitation will be from 5 to 7 p.m. on Wednesday, March 23, 2022, at Fidler-Isburg Funeral Home in Spearfish.