He was born in Belle Fourche, South Dakota, on March 4, 1950, to Lew and Velma Viergets of Alzada. Danny graduated from Belle Fourche High School in 1968.

After graduation he attended Miles City, Montana College. After college Danny returned home to the ranch, where he worked sun up to sun down alongside his father, Lew.

Danny, taking pride in his appearance, never missed an opportunity to work on his tan or find a workout in whatever work he was doing. He always wanted to look good, and always did.

After the death of his father Lew in 1999 and mother Velma in 2005, Danny kept the ranch going until he finally decided to retire in 2015. He sold his herd and leased the land, but continued to help out whenever he could.

Danny loved and took pride in cleaning and working on all of his motorcycles and cars. He was always very particular about the tiniest details in them.

When he wasn't working on or cleaning them, he would find every opportunity to take them out racing around towns and cruising through the Black Hills spending time with beloved friends.

Danny was a character, always had a smile on his face and always seemed to have a new story to tell. He loved talking to anyone about everything under the sun.

He often said he "held them hostage" but only to learn of their stories and opinions on matters important to him at the time. His easy-going, relaxed nature made him a delight to be around.

He had a lot of friends and was always the life of the party. He loved his animals and always went above and beyond to take care of them. 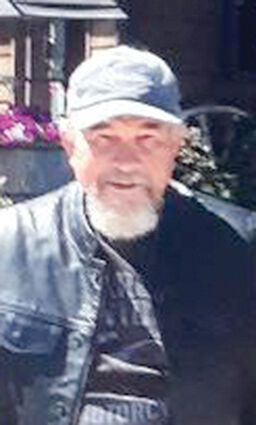 Danny had a young soul, and a giant heart full of love. He will be deeply missed and cherished forever. As he would say, "See ya later."

Danny was preceded in death by his parents, Lew and Velma.

In lieu of flowers, memorials are preferred to the Alzada Fire Hall and Community Hall.

An online guest book is available at klinefuneralchapel.com