Brad was born in Bowman, North Dakota, April 5, 1941 to parents Glenn Hofland and Dorothy (Rose) Hofland. Brad lived on a farm outside of Reeder, North Dakota and attended Reeder High School, graduating in 1959.

He served six years (six months active duty) with the Army National Guard of North Dakota as a combat engineer.

Brad remarried on April 20, 2006, to Karen (Byers) and with this marriage added additional family members, stepdaughter Theresa (Will) Winch of Rapid City and her son Patrick Brady (Kimberlee) and great-grandson Connor.

Brad was a civic-minded individual who felt it was important to participate in his community by being directly involved in a multitude of organizations: Lions Club member and president, 4-H leader, Reeder City Council and Mayor, Reeder Volunteer Fire Department, Upton Chamber of Commerce member and President, Upton School Board member and President, Member of the Weston County Development Board and volunteering at the Reeder Community Center, and he was instrumental in transforming the Reeder Public School into a Reeder Community Center and Lodge.

Brad was baptized in the Reeder Lutheran Church, which was a big part of his life. He was a family man and devoted his life working to provide a great life for his family.

Brad's other lifelong passion was fishing with family and friends. His unorthodox methods of fishing created a lot of entertainment for his cohorts.

Brad's second journey of life was spent with his second love, Karen. They loved spending time with each other and enjoyed their time traveling. Spending time with his grandchildren and great-grandchild brought great joy and laughter to him.

Brad spent many years working hard, educating himself and earning many promotions with the pinnacle of his work career being the Western Operations Manager for American Colloid Company and then the Corporate Production and Planning Manager. Brad started his work experience on the farm in Reeder farming and operating the family dairy through 1965, becoming owner and operator of service station and cafe in Reeder from 1965-73, maintenance man for American Colloid company at Gascoyne, ND in 1974, heavy equipment mechanic for Wagner Brothers 1975-76, American Colloid Gascoyne plant foreman 1977, Gascoyne plant superintendent in 1978 and plant manager 1980, transferred to Upton, Wyoming, to be plant manager in 1982, promoted to Western Operations Manager 1987 and move to Spearfish, South Dakota, he was relocated to Sandy Ridge, Alabama, as a plant manager and corporate production and planning manager.

In 1991, he returned to Spearfish as plant manager and field department manager in 1992. He began his work for Casino Magic in Deadwood 1993-94, plant manager at Nintec Mining Company in Keystone, South Dakota, 1994, foreman for Fisher Industries at the rock crushing operation in Spearfish, 1995-03, moved to Upton, volunteered for the Weston County Development Board helping to develop the Weston County Industrial Rail Park, returned to Reeder to be closer to siblings that were dealing with illness and took a role in helping to transform the Reeder Public School into a Reeder Community Center and Lodge in 2009, moved back to Belle Fourche to be closer to his kids and grandchildren, moved to Piedmont, 2020. 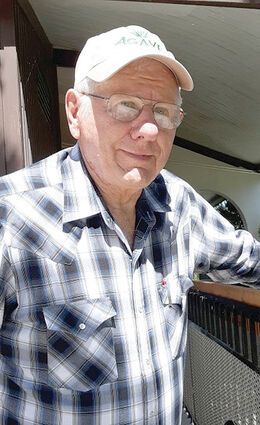