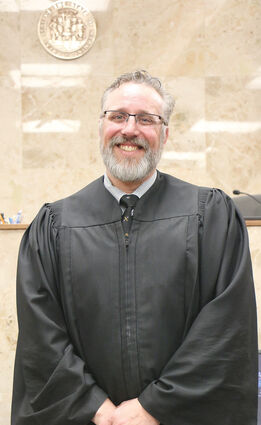 Honorable Matthew F.G. Castano, familiar to the community already as Circuit Court Judge for the Sixth Judicial District, has been appointed to serve as District Court Judge for Crook, Weston and Campbell counties.

Castano will step into the role left by Judge Thomas W. Rumpke upon his retirement. As a Crook County resident – in fact, the first District Court judge in a while to reside in this county – he says he has no plans to relocate.

"This is our home and this will remain our home," he says. "It has been a tremendous community both for me and for my wife and we intend on being part...