Jeanette Betterton, 90, former longtime Guymon, Oklahoma, resident passed away Wednesday, January 12, 2022, in Amarillo, Texas, where she has lived for the past few years.

Jeanette and Ernest C. Betterton were united in marriage on March 31, 1957, in Las Vegas, Nevada. The family moved to Guymon from Belle Fourche, South Dakota, in 1967.

Jeanette was a loving homemaker and had also worked as a waitress. She enjoyed crocheting and playing cards and dominoes. 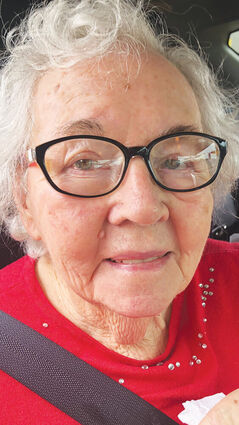 She was preceded in death by her husband, Ernie Betterton on February 25, 2011; her parents, Don and Gladys Griffis; one sister, Donna Borchgrevink; one son, Mark Betterton; and two grandsons, Jeremy and Jesse Betterton.

Friends can sign the online guestbook and leave condolences at http://www.bunchroberts.com.