Tom was born January 5, 1956, in Dalton, Nebraska, to John and Ruby (Jessen) Hippen. He spent his early years on the wheat farm in Bennet County, South Dakota, at Martin, where he enjoyed running farm equipment and cowboying in junior and high school rodeos.

He graduated from high school in Martin in 1974. He attended South Dakota State University in Brookings for one year, then transferred to Black Hills State University on a rodeo scholarship. Tom traveled to rodeos in the three-state area as a member of SDRA and Mid-States Rodeo Association, and was PRCA card qualified in Steer Wrestling in the Badlands Circuit.

Following college, Tom moved to the ranch in Cody, Nebraska and enjoyed raising Amerifax and Chianina cattle with his dad. He met his future wife, Connie Cookson, at a livestock show in Gordon, Nebraska.

They were married April 8, 1979, and had a son, Jason Wesley Hippen. They lived south of Cody, then moved to the Tuthill area before moving their herd to O'Neill, Nebraska, in the late 1980s.

He later ran the Buffalo Bill Nightly Rodeo at North Platte where Tom was involved in the North Platte Livestock Sale Barn and Olson Feedlot in Hershey, Nebraska. His time managing the Lazy HU Ranch is what brought Tom to Wyoming, as well being closer to Jason and his two grandsons.

He developed a premier Black Maine Anjou herd and was Association Producer of the Year in 2005. Ten years later he moved to town to semi-retire.

Tom enjoyed carpentry and welding throughout his life. He created rustic ranch-type items for craft shows over the years, and more recently, items for Connie's shop, Mercantile 307, on Main Street in Hulett.

Tom was always known as a hard worker, honest businessman, helpful neighbor and a good friend to many. His love for family was steadfast. 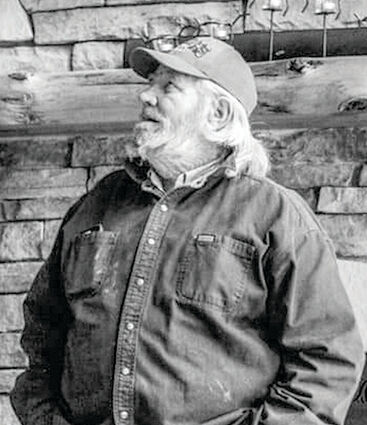 Tom is survived by his wife of 42 years, Connie (Cookson) Hippen of Hulett; son, Jason Wesley Hippen of Beulah, Wyoming; two grandsons, James West Hippen and John Wyatt Hippen, both of Beulah; a brother, Timothy M. Hippen of Cody; a sister, Cynthia L. Hippen of Newell, South Dakota; as well as nieces and nephews and their children and numerous good friends.

He is preceded in death by his parents, John and Ruby Hippen; a brother, John Hippen, Jr .; his grandparents, Harm and Hannah Hippen and Morris and Isle Jessen.

A family memorial will be held at the Ranch in Cody, Nebraska, on Saturday, November 20, 2021, at 2 p.m., followed by a public gathering at Cody's Husker Hub (Paul's place) in Cody after 3 p.m.

Cremation arrangements are under the care of the Fidler-Roberts & Isburg Funeral Chapel of Sundance, Wyoming and Isburg Crematory of Spearfish, South Dakota. Online condolences may be written at http://www.fidler-isburgfuneralchapels.com