Terry Lynn Williams, 66, of Moorcroft, Wyoming, passed away Saturday, November 13, 2021, due to complications from COVID with her children by her side at Rapid City Regional Hospital.

Terry was born in Craig, Colorado, on June 20, 1955, to Alan Howard Leger, Sr. and Alice Marie Leger. Her father passed away shortly after her first birthday. Terry spent her childhood years in Rawlins and Bairoil, Wyoming. Her family would later move to Moorcroft where Terry graduated High School in 1973.

On June 21, 1973, she married Ralph Mathews. From this union came three children, Owen, Travis and Holly. The couple later divorced. Terry would later marry Gary Williams on September 5, 1998. Through this marriage Terry would gain four additional children, Mandy, Levi, Conan and Adam along with grandchildren and great grandchildren. Although Terry and Gary would divorce, she always kept her additions close to her heart.

In 2012 Terry met her "sweetie" Gary Cote while she was working at Diehl's Supermarket. The couple would marry on December 31, 2016. They enjoyed many adventures together, including boating, traveling in their camper, and hanging out with their dogs Max and Harper and kitty Bitsy.

Terry was blessed with many artistic talents. For several years Terry baked and decorated beautiful cakes for all types of occasions and thoroughly enjoyed being able to share her talent with so many people. Issues with her hands made cake decorating increasingly difficult and she would move on to quilting. Terry developed a passion for quilting and would be giddy with excitement to show off her work to friends and family. She completed several quilts that she gifted to her loved ones.

Over the years Terry worked many different types of jobs to help support her family. Her most rewarding job was when she became a paraprofessional working at Moorcroft Jr./Sr. High School. She loved helping the students learn and thrive and she became Grandma to many of her students. Even after her retirement she kept a close bond with her former students.

Terry's greatest passion in life was her family. She loved being a mom to her children and loved being a Grandma to her grandchildren and grands even more. Terry would spend almost every morning visiting and drinking coffee with her Dad, Charlie. Her favorite time of year was Christmas, and she was known to host large gatherings with friends and family where she would shower them with an abundance of food, gifts and love.

Terry touched and impacted many lives and will be greatly missed by so many. Her love for her family and friends and compassion for others will never be forgotten.

Funeral services will be held at 11 a.m. on Saturday, November 20, 2021, at the Moorcroft Town Center, Moorcroft, Wyoming. Visitation will be at 10 a.m. prior to the service. 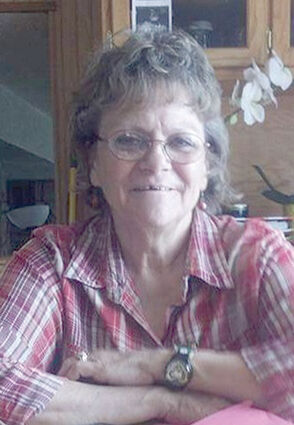