Terry Eugene Miller, 73, passed away on October 19, 2021 at Campbell County Memorial Hospital after a 50-year struggle with diabetes. He was born on May 18, 1949 in Belle Fourche, South Dakota to Gene and Marie Miller.

He graduated from Hulett High School in 1967. Terry excelled in sports throughout high school.

Soon after graduation, Terry enlisted in the Air Force and served his country with pride from July 1968 to June of 1972 at Ellsworth Air Force Base. Terry went to work right after he left the Air Force, working for the City and County of Gillette and then the local gas company, eventually retiring from the oil industry in 2014.

Terry joined the American Legion Roy Montgomery Post 80 and was a member for 48 years. He was a Past Department Commander and a Past National Executive Committeeman and served many committees on the National level. He has held many offices at the District Department and National Level and was an America Legion Rider.

He was very involved in the Child Welfare Foundation (CWF) and received several awards for his work there. CWF has been selected as the recipient of memorials in his name. Terry and Peggy did extensive traveling to support his numerous Legion activities.

Terry loved to hunt and spent many years in elk camp with his hunting buddies Ed, Corey, Bruce and Joe Hitt. Terry's other hobbies included golfing, bowling (which he recently bowled a 297 on September 3) and playing horseshoes.

Memorial service for Terry Miller is Saturday, November 13, 2021 at 11 a.m. at New Life Church in Gillette with lunch following. Graveside service is Sunday, November 14, 2021 at 1 p.m. at Hulett Cemetery. 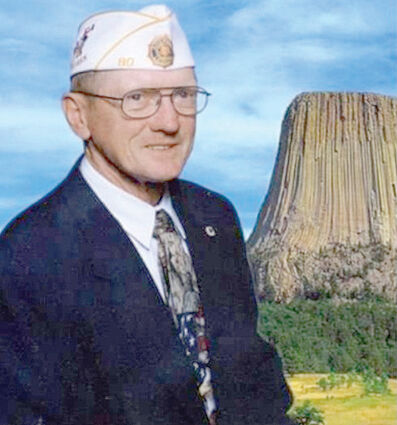 Memorial donations can be made to American Legion Child Welfare Foundation PO Box 1055 Indianapolis, IN 46206. Memorials and condolences may be sent in care of Gillette Memorial Chapel 210 West 5th Street, Gillette, WY 82716. Condolences may also be expressed at http://www.gillettememorialchapel.com