(Ardythe) Ann MacIlravie passed away on Wednesday morning, October 6, 2021, at the Gillette Legacy Center from cancer.

Ann was born in 1941, in Tyler, Minnesota, to Joseph and Myrtle (Teig) Rolstad. The family moved to Mankato, Minnesota, where Ann spent her childhood along with her sister, Janet.

Ann completed high school in Mankato, attended university at St. Olaf College in Northfield, and graduated with her B.S.N. in nursing in 1963. Following her graduation, Ann traveled to Europe and worked in a polio recovery hospital as a nursing assistant.

When she returned to the States, she worked at Hennepin County General as a Med-Surg nurse in Minneapolis and later taught classes to future nurses.

Ann married Clem MacIlravie in 1967 and, in 1984, the couple opened their bookstore, Dunvegan Books, in Northfield, Minnesota. On the family farm on the outskirts of Northfield, Ann and Clem raised collies and kittens together on their property. 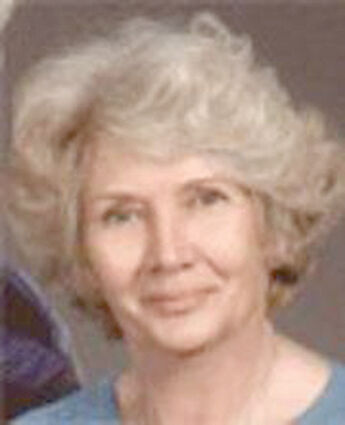 In the summer of 1991, they moved to their ranch in Carlile, Wyoming, and lived there for 30 years. Ann enjoyed knitting, sewing and gardening. She served as the family historian, curating ancestry charts, family cookbooks and wrote in her journal every morning with one of her cats curled up at the foot of her recliner.

Ann was a devoted wife, a loving mother and a dedicated grandmother. Her life is celebrated by her husband, Clem; her son, Lorn (Reina); step-children, Clare, Ross and Lorna Link (Brendan); and her sister, Janet Singer. Her memory is cherished by her five grandchildren, Jonica, Clara, Alex, Sarah and Rosa.

Ann was preceded in death by her stepsons, Neil and Stuart.

A private family service will be held at the family ranch.