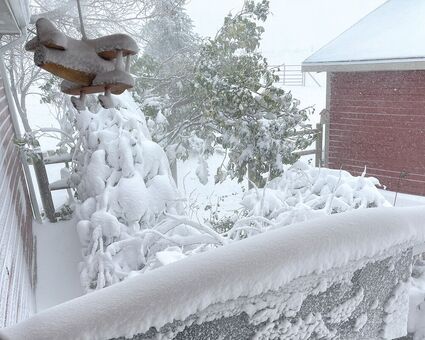 Areas of the county received as much as 12.3 inches of snow.

The first storm of the winter made its presence felt last week, closing schools and roads around the region. Heavy snow and high winds blew in on Tuesday and kept up their assault on the Black Hills for more than 24 hours, causing closures and accidents as some roads quickly became impassable.

The storm brought impressive snowfall across northeastern Wyoming and into South Dakota.

On Wednesday afternoon, according to statistics from the National Weather Service (NWS) out of Rapid City, the highest recorded snowfall was 27 inches northeast of Deadwood.