William "Bill" H. Sherrard, 73 of Sundance, Wyoming, passed away quietly at his home the morning of October 4, 2021.

Bill was born in Deadwood, South Dakota, and graduated from Sundance High School. He proudly served in the United States Army during the Vietnam War and was stationed in Izmir, Turkey for two years.

He attended the University of Wyoming. His passion was in Ford Automotive Parts and went on to be Parts Manager at dealerships in Buffalo, Wyoming and Cody, Wyoming.

He was married in Buffalo in 1983 to Cathy Terry. The couple made their home in Cody, where they lived until 2005, at which time they moved to Sundance to be close to his mother. While in Sundance, he worked for Tracy Motors until retiring in 2010. 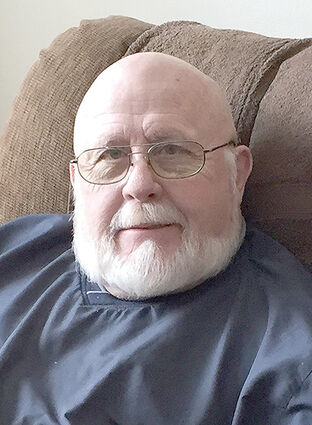 Bill was an avid outdoorsman and enjoyed hunting, fishing, camping and boating. He was a member of the Cody Elks Lodge #1611, where he was proud to serve as Exalted Ruler. He also served for many years on the Senior Elks Fishing Committee and enjoyed many other Elks activities.

He is survived by his wife, Cathy of Sundance and her daughters, Keri Cotman of Alexandria, Virginia and Joni Harrington of Fredericksburg, Virginia and a brother, Robert Sherrard of Pine Grove, California.

He was preceded in death by his parents, Bob and Iva Sherrard, and niece, Amanda Gregory.

Memorials may be made to benefit the Sundance Senior Center in memory of Bill.

Online condolences may be written to http://www.fidler-isburgfuneralchapels.com