He was born August 11, 1981, in Benkelman, Nebraska and accepted Jesus at a young age. He was presently living in Helena, Montana, with his family.

Formerly from Hulett, Wyoming, he graduated from Hulett High School in 2000 where he enjoyed playing football.

Lance enjoyed branding, bull riding, helping others and was an avid outdoorsman, fisherman and hunter.

Following high school, he attended Easter Wyoming College. In the spring of 2001, he joined the United States Army and received his medical discharge on September 11, 2001.

Lance was certified in massage therapy, moved on to operating equipment at a local coal mine and was currently was a regional vice president licensed in the financial services field.

Lance was proud of and loved his family, especially his fiancée, Amber and two sons, Holter and Haiden. 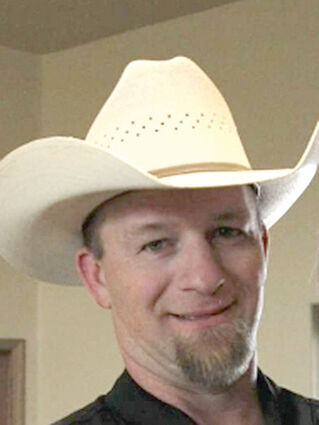 He is preceded in death by his grandparents, Rick and Darlene McCollum, Irvin and Maxine Baker; cousins, Aaron Burks and Brett McCollum.

Funeral service was held September 10, 2021, at the Greater Hulett Community Center in Hulett.