Jacki was born on April 21, 1978, in Milan, Missouri to Andrew and Laural Florey. Jacki was the youngest sibling of Daniel and Thelma Schreckhise, Oceanside, California, Dean Schreckhise of Hulett and Karin Hayes of Hulett.

Jacki grew up around her nieces and nephews, Jennifer and Mark Miller of Hulett Nicholas and Choni Bollinger of Fort Myers, Florida and Baby Dawn and Christopher Miller of Jacksonville, Missouri and several great-nieces and nephews who she loved as well.

Jacki attended school in Marceline, Missouri, until 1995 at which time she and her family moved to Hulett. Jacki graduated from Hulett High School in 1998. 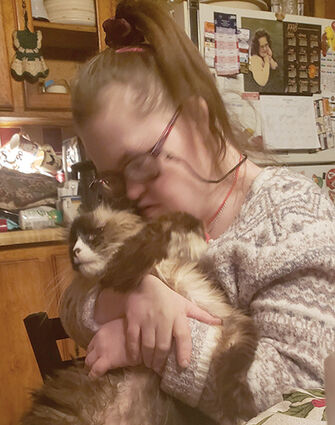 Jacki loved to make crafts, color and play cards when she could. Jacki would enjoy her time on the weekends going shopping with her sister and staying the whole weekend at her sister's house.

When Jacki was at home you would find her in her room watching her storm stories DVDs, or listening to her music. She loved to play and talk with her animals, Scrappy her puppy and Snowball her cat.

Jacki would love to go bowling, swimming and gambling when she got the chance as well with family or her friends. Jacki is the girl who loved to give you a hug and just sit and talk to you if you would let her.

Jacki is preceded in death by her father, Andrew Florey and her brother, Daniel Schreckhise and her cat, Snowball.