Merle Lynn Duvall passed away peacefully on August 26, 2021, surrounded by family at his home in Laramie. Born November 1, 1949 to Merle M. and Pauline Duvall, Lynn was a beloved and loving husband, brother, father, grandfather and uncle.

Lynn's life and interests were deeply rooted in Campbell County, where he was born and raised. He was a country kid, the fourth generation of his family to live in the area east of Rozet.

Lynn helped his parents and grandparents with cattle ranching, and ran his own ranch later in life. He accompanied his dad to work in the bentonite mines, where he learned to drive heavy machinery before he turned ten; tractors became a lifelong fascination.

Lynn also first went into the oilfields with his father, and during his career he worked nearly every oilfield job from roustabout to petroleum engineer. Lynn learned to work on cars as a kid – especially from his uncle Carroll – and owned hundreds of cars during his life, starting with home-built hotrods and culminating with a stable of custom Mustangs.

Lynn was a very social person whose friendships endured for decades and extended from classmates at Moorcroft High School, to John Deere enthusiasts across the country and to Anna Espíndola, a Brazilian exchange student who lived with Lynn and Linda in 2018.

Lynn had an incredible mind for numbers and machines, and was a lifelong learner and entrepreneur. He earned a Master's in petroleum engineering from the University of Wyoming, and was a masterful practical engineer in everyday life. He could fix anything – he salvaged antique tractors, rebuilt vintage Schwinn bicycles, restored classic cars, kept ranch equipment running and improved the houses he owned. 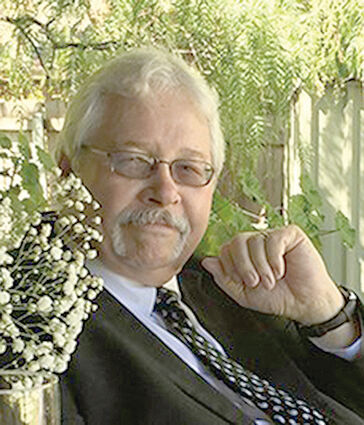 He remembered seemingly every number he encountered, from license plates and birthdates to engineering constants and equations. Lynn researched family history, including trips to Europe with Linda, Sheila and Kirby, where they located his grandfather's birthplace in the Czech Republic and followed his father's wartime footsteps from Omaha Beach to Germany.

He loved traveling closer to home, too, taking long road trips to visit family and see new sights and to deliver tractors he sold across the U.S. He was always a keen and generous businessman, selling and trading bikes, cars, tractors and parts into the last weeks of his life. Above everything, he loved his family and the moments spent with them.

Lynn was a thoughtful, caring and practical person who will be missed by many. A celebration of his life will be held at a later date.

Go to http://www.montgomerystryker.com to send condolences or to sign the online guestbook.