John Charles Long was born in Belle Fourche, South Dakota, to Wilbert Newell and Marian Talbot (Stoner) Long, both of rural Seely, Wyoming, on February 28, 1944. He was just one hour short of being a leap day baby.

John was baptized at the Hulett Community Baptist Church. In 1951, John's family moved to Hulett, Wyoming.

John graduated from Hulett High School in the fall of 1962. In the following summer, John enlisted in the Navy. The Navy stationed him in San Diego, California and Bremerton, Washington and of his four years and two months commitment, John served four tours abroad in Vietnam.

While serving the Navy, John married his high school sweetheart Shirley Lu Anderson, daughter of Lorey and Mildred (Knapp) Anderson. After completing his service to the Navy, the young couple moved to Oroville, California, where John worked for the Department of Water Resources on the Oroville Dam project.

A few years later, the couple returned home to Wyoming, where John worked for Big D Oil. John later transferred to Tri-County Electric, where he began his 34-year career before retiring in 2001.

Upon retirement, John and his wife, Shirley, traveled by motorcycle and RV to every state in the United States, except Hawaii, to fulfill a lifelong dream. This adventure of their lifetime expanded from the northern shores of Labrador, Canada, all the way south to the Yucatan, Mexico and Belize.

John lived in Sundance for 49 years until moving in 2020 to Primrose in Gillette with his wife, due to poor health. He leaves many good friends and neighbors in both Sundance and Gillette. He also leaves behind his faithful companion, his beloved Bichon Frise, Andy.

John had many hobbies in his lifetime. He loved going out to the ranch he owned with his wife, Shirley, on Miller Creek. At the ranch, he enjoyed taking care of the land, using the surveying skills he acquired in his career to build fences, and running his tractor to mend roads. 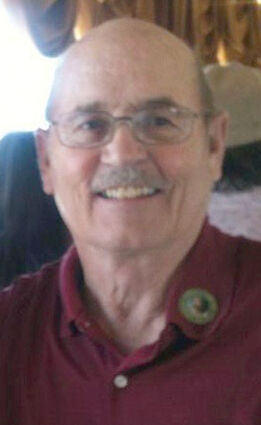 John also spent time with his family backpacking and camping in the Big Horn Mountains and boating nearly every weekend in the summers at Keyhole Reservoir. John also belonged to several bowling leagues, where he spent many nights enjoying his time with friends.

John is remembered by his family as loving and kind-hearted. He was a role model to his children and grandchildren, never having a bad word to say about anyone. John loved his family immensely and will be greatly missed by them.

A memorial has been established to benefit Sundance summer recreation program or memorial of your choice. Memorials and condolences may be sent in care of Shirley Long, 921 Mountain Meadow Lane apt A304, Gillette, WY 82716.