He was the youngest of ten children. John graduated from Upton High School in 1981. He married Laurie Boyles and to this union two children were born, Roberta Paulette and Tristan Lee.

Roberta passed away in November of 1984 from SIDS. Laurie and John were later divorced.

John went to work at American Colloid Company. In 1982, he joined the Upton Fire Department.

After American Colloid shut down, he became a Wildland Fire Fighter. He was often gone throughout the summer, fighting fire in places all over the country including Alaska, California, Oregon, Colorado, Washington, South Dakota, Montana, Arizona, Wyoming, Utah, Idaho, New Mexico and Florida. While in Florida, he helped with hurricane Katrina relief.

John also worked for Dean Strong at K&D Perforators. Over the last few years, he worked for Sam Haptonstall.

When he wasn't working, he enjoyed gardening, yard work, shotting and technology. But most of all, fighting fire.

He was preceded in death by his parents, George and Alice Strong; his mother and father-in-law, Lloyd and Ellen Bailey; daughter Roberta Strong; sister, Wilma Strong; brothers George and Jerry Strong; several aunts and uncles and his Grandma Hazel Ames. 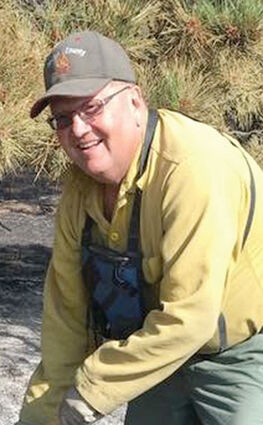 Funeral arrangements will be Saturday, September 11, 2021 at 2:30 p.m. at the Upton Elementary School in Boal Auditorium with a reception to follow in the gymnasium.