Donald Allan Andersen, age 88, passed away peacefully on August 3, 2021, with family at his side in Spokane, Washington.

He was born December 18, 1932, to Fritz and Dolly (Fuller) Andersen in Coeur d'Alene, Idaho. Brothers Bill and Dick followed soon after.

His parents later divorced, and his father married Erna Wahl. Later, brother Gene joined the family. Erna was a wonderful stepmother and raised all four boys with lots of love. Don grew up in several towns including Spokane, Kalispell, Montana, Pilot Rock, Oregon and Umatilla, Oregon.

In his early years, Don worked for Tidewater as a deck hand on tugboats on the Columbia River. In 1951, he joined the U.S. Navy.

Don married Norma Reeves in 1952. The couple had two children, David Otto and Dawn Allana. Don and Norma later divorced, but remained friends, both enjoying their children and grandchildren.

David "Dave" and Dawn "Sis" joined Don camping and fishing on several summer trips. Later, Don would join his children and their extended families over various holidays. Don said he was "truly blessed" by his children and grandchildren.

Don worked several different jobs over his lifetime including working in the fields at harvest, Camas Prairie Railroad, Pinkerton Security, accountant and purchasing manager for various companies. His last position was purchasing manager with Speer which eventually became Omark and finally Blount.

Don retired from Blount after 25.5 years working with some great people. During his time at Speer-Blount, he earned his bachelor's degree in accounting, attending night classes.

Don was involved with many different organizations including the Lewis-Clark Wildlife club, Lewiston Gun Club, Back Country Horsemen, Lewiston Pistol Club, Veterans of Foreign Wars, American Legion, Nez Perce Mounted Sheriff's Posse and the Lewiston Roundup Board where he served as a director for 22 years.

Don was an avid hunter and stock man and went on several hunting pack trips, including the Summer Mountain week-long trip with the mounted posse. His favorite place was the great outdoors, no matter the season, and he shared many hunting and fishing trips with friends and family.

Don left Lewiston, Idaho in 2002 to marry Shirley Snook of Hulett, Wyoming. He and Shirley resided on a small acreage outside of town.

They traveled to Arizona several winters where they made many friends, visited his brother and enjoyed all the outdoor life and activities available. Don and Shirley divorced earlier this year, but they and their families remain good friends.

A private military service will be held at the Washington State Veterans Cemetery at Medical Lake, Washington, August 27, 2021, where Don will be placed to rest. An informal memorial/reception is planned in Hulett at 1 p.m., September 26, 2021, at the Greater Hulett Community Center (GHCC). 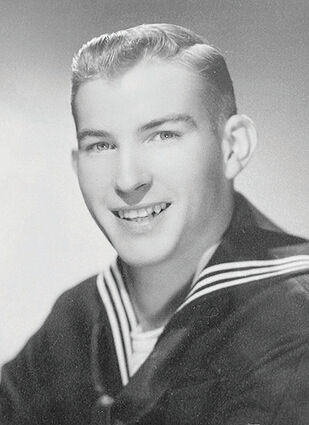 Don was preceded in death by his father, Fritz; stepmother, Erna; biological mother, Dolly; and his brothers, Bill and Dick Andersen.

The family wishes for any memorial donations to be made to the Hulett Senior Center, c/o Jenny Perry, PO Box 274, Hulett, WY 82720. Condolences may be sent to Dawn Watts, c/o Don Andersen, PO Box 212, Hulett, WY 82720, and will be shared with the family.