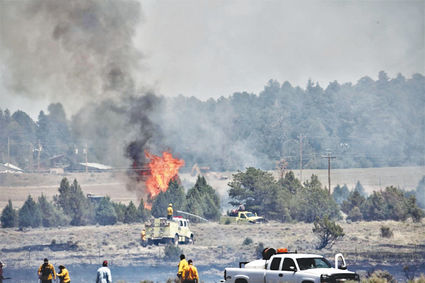 Another week of dry heat with the occasional flash of lightning has brought another week of fires throughout Crook County. Fortunately, says Fire Warden Doug Leis, so far they’ve mostly been relatively small.

“We did have a little rash of fires throughout the week,” says Leis. “Most of them were smaller fires, just lightning strike little things.”

The largest fire of the week appears to have been caused by a downed power line. According to Moorcroft Fire Chief Rusty Williams, the live line was knocked down by wind the evening before and smoldered on the ground overnight.