Diana Lynn Taylor, 52 of Moorcroft, Wyoming, passed away at her home on Thursday, May 20, 2021. A celebration of life took place Tuesday, May 25, 2021 at Cornerstone Ministries in Moorcroft.

Diana was born on April 16, 1969, in Buffalo, Wyoming, the first born to Jim and Patti (McKinney) Perkins. Diana grew up in Gillette, Wyoming, where she met and married John Taylor on July 27, 1984. To this marriage three children were born, Dusty Taylor, Amber Taylor and Justin Taylor.

Diana and her family lived in many different states, finally planting themselves in Florida, but Wyoming was always home. In 2010, Diana moved back to Moorcroft and in 2016, she reconnected with her life’s love, Richard Sabala. On April 2, 2016, he moved to Moorcroft to live with her.

Diana was the embodiment of unconditional love. Her greatest accomplishments are her three children, and four grandchildren. Diana loved her family, spending any and all the time she could with them. Diana loved her dog, Joey. She enjoyed camping and was an amazing poet.

Diana loved roses and all flowers. Her favorite time of year was spring when the flowers would bloom. She would walk around town and pick lilacs to put in a vase on her table. She would help anyone, anytime if she was able. She always had a smile to give everyone. 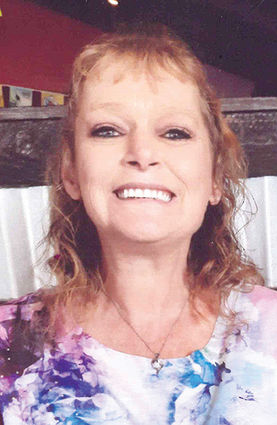 She was preceded in death by her mother, Patti McKinney; her brothers, Michael Perkins and Sheldon Perkins; her maternal, paternal and step-grandparents; and several aunts and uncles.

Cremation arrangements were under the care of Fidler-Roberts & Isburg Funeral Chapel of Sundance, Wyoming and Isburg Crematory of Spearfish, South Dakota. Online condolences may be written at http://www.fidler-isburgfuneralchapels.com