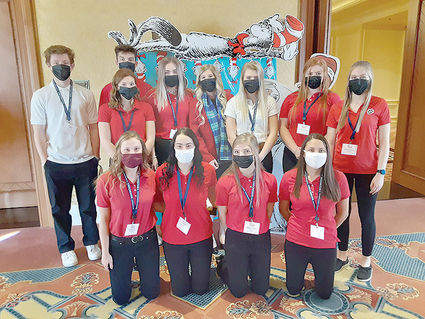 Even though the school year was difficult, many positive things happened at Sundance High School. FCCLA followed their tradition of successfully serving the community and placing well at the WY FCCLA State Leadership Meeting.

“Oh, the Places You’ll Go” was the theme of this year’s event. The chapter was off to great places and received the 4 Star Chapter and STAND UP awards.

With only 15 members chosen statewide, seniors, Baillee Heaster, Rhianna Heaster and Nevada Gill were recognized for their outstanding commitment with All State honors.

Brook Hofland was elected to the state officer team for WY FCCLA. She will serve as Vice President of Community Service for the 21-22 school year. 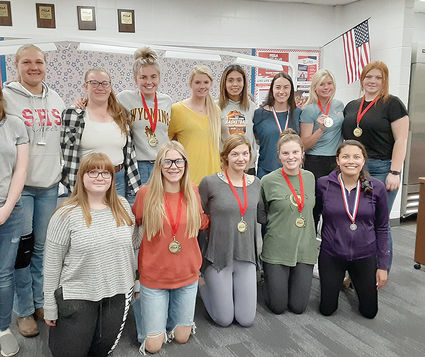 Rhianna and Baillee Heaster received the Silver Medal in Professional Presentation. Gillespie and Sydney Robinson both received gold medals in the Creed Contest.

The national convention is in Nashville, TN. Members who qualified to compete will compete virtually with judges actually evaluating presentations online within the next two weeks.

There is a limited number of people allowed to attend this national meeting in June but the Sundance chapter is fortunate to have four members registered. Sherry Negaard, Mazelynn Sharp, McKaya Gillespie and Brook Hofland will be attending the National Leadership Conference, June 26 to July 1, to participate in workshops, gain leadership skills and interact with other members from around the nation.