Eric “Rick” J. Carbaugh passed away in a one vehicle accident on Friday, January 8, 2021, in Wyoming, just a few weeks shy of his 61st birthday. His last few moments were with two of his great loves, his 1997 F-250 pickup (the old black girl) and his dog, Ruby. Rick was born on January 25, 1960, to Frank and Shirley Carbaugh in Hanover, Pennsylvania.

He grew up in the New Oxford, Pennsylvania, area and graduated from New Oxford High school in 1978. Rick married Elecia Powers in 1985 and from this union his two children, John and Blythe, were born. Rick and Elecia shared more than 25 years together. Rick and his family moved from Pennsylvania to South Dakota in 1994.

In 2013, Rick and Sheryl met, and founded their home in the beautiful Sand Creek Canyon of Beulah, Wyoming. They married in 2019 and remained so until his death.

During their time together they spent many weekends at a sprint car track, a passion that Rick developed at the age of six. The last few years were spent camping, playing with their dogs, cooking, and spending time with family and friends.

Rick went on to hold various jobs until he settled on a career as a welder/fabricator. Rick worked for American Colloid until 1996 when he, Scott Huber, Jerry D. Knapp and Hawkeye Tichi started EZ Fabrication and Welding, Inc.

He remained at EZ Fab until his retirement in June 2017. He branched out from his original organization to go on to selling pins and bushings for CNC Industries Ltd. that serviced large mining equipment anywhere from Wyoming to Peru. During Rick’s partnership with CNC and through a collaborative effort, he invented and had patented a locking, greaseable padlock pin.

Rick was a fun loving, sprint car racing, beer drinking man. One of the many accomplishments that Rick had was being named champion dart thrower in the state of South Dakota, a skill he first learned in his grandfather Carbaugh’s garage as a child.

When asked how he was on any given day his response was usually “70 and sunny”. When someone would ask what something cost his go to answer was “3.2 million”.

Every morning, the first question was “What do you want for dinner tonight?” Rick loved to cook, grill, and drink a cold Coors Light whenever he got the chance.

Rick’s favorite way of bringing people together was over a homemade meal on Sunday, a tradition he carried with him since childhood. He hated the sound of squeaky snow and loved to pet any dog that came across his path.

Rick was highly personable and never met a stranger. His racing family referred to him as the “nicest guy in the pits.” Rick’s old school way was that a man’s word and a handshake were all that was necessary.

Rick had ways about him that would frustrate you to no end, however those were also the same things that endeared him to you, he had talent like that. The world became a little darker that morning for all of us who loved Rick. 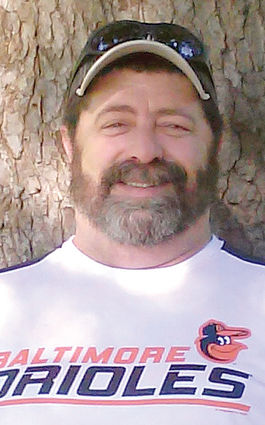 Services will be held at their home in Beulah at 481 Sand Creek Road, at 2 p.m. on January 23, 2021. Though Rick settled in South Dakota and Wyoming, he always had roots in New Oxford. Services in Pennsylvania will be announced at a later date.

Friends and family may sign his online guestbook and leave written condolences for the family at blackhillsfuneralhome.com.