On Sunday, January 10, 2021, David Alan Lougee, husband, father and grandfather, passed away at age 53 due to complications from COVID-19. David was born on September 26, 1967, to Roy and Vicki Lougee.

David proudly served in the U.S. Army from 1987-1991. After his time serving in the U.S. Army, David earned his bachelors, masters and education specialist degrees in education where he believed in every student and educator ability to do their best and make the most out of everything.

In addition to David and Beth’s two sons, David loved his two daughters-in-laws, Jennifer (Matthew) Lougee and Brynna (Derek) Lougee and six grandchildren. David absolutely loved each of his grandchildren and prided himself on making sure every visit was spent equally with each one going to breakfast, reading, playing games and sitting and just talking.

It is often said David did not know a stranger. He made people feel welcomed and was always making sure people were taken care of with food, rides and any other needs.

David’s joy and enthusiasm for life was shared with those he coached, taught, worked with and either just met or knew all his life. David was also “fun” Uncle/Cousin Dave as you never knew mid story if you were going to be all the sudden tackled, tickled, swung around, high fived or off on an adventure that in his younger years may have been on the risky side to his older years where the adventures were more ice cream, shopping trips or a day venturing in the outdoors.

David was preceded in death by his parents, Roy and Vicki Lougee and father-in-law, Jake Schiller. 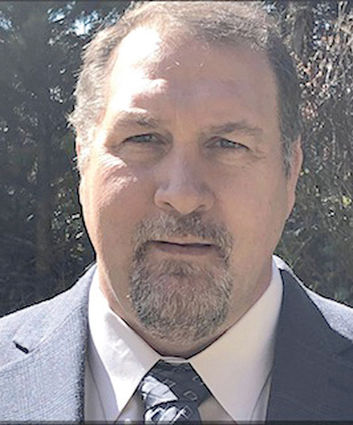 A funeral and burial service was held at the Upton Community Center on January 19, 2021. The family is currently working to establish a student scholarship for a Wright Panther graduating senior in David’s name.