Two fatal crashes reported on I-90 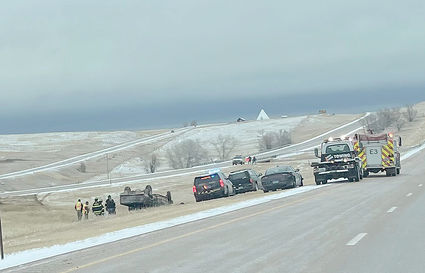 Wyoming Highway Patrol has announced that two fatal crashes took place on the interstate on January 8, leading to the deaths of 60-year-old Eric J. Carbaugh of Beulah and 27-year-old Keelie A. Garvin of Gillette.

Speeding too fast for road conditions is being investigated as a possible contributing factor in both incidents.

The first crash occurred on I-90 east of Sundance, at around milepost 201. It was called in at 8:02 a.m. as a one-vehicle rollover.

According to a statement from Wyoming Highway Patrol, a 1997 Ford F-250 was headed west on the interstate when Carbaugh lost control of th...