Don was born April 26, 1931, to Floyd and Florence (Crago) Brunson at the home of his Aunt Georgie in Sundance, Wyoming. He and his siblings attended Kara Creek School.

Upon completing the eighth grade, Don began working on one of the local ranches. While working there he met his future wife, Mabel “Dipper” Brislawn, and they were married on January 1, 1959.

He continued to work on various ranches in the northeast corner of Wyoming until he and Dipper purchased their ranch north of Aladdin in 1982. Don remained there until his passing.

Don spent time working as a ranch hand, as well as working for Crook County, building roads and as a brand inspector for 17 years. Anyone who knew Don will recall his warm personality, gentle spirt and his bright smile.

He will always be remembered for his ability as an excellent horseman and his talent for handling cattle. Don’s mind remained sharp all through his senior years and he loved to tell stories of the past to whomever would listen. His favorite pastimes were playing cards, looking for arrowheads, doing puzzles and carving. 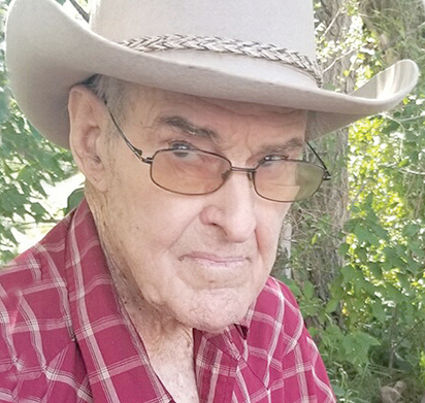 Don Brunson will be long remembered by his family and friends as a strong and gentleman who cared deeply for those who he loved. He will be greatly missed by many.

Due to the COVID-19 Pandemic, funeral services will be limited to family and will be held on Saturday, December 12, 2020 at Fidler-Isburg Funeral Chapel in Spearfish with burial to follow at Rose Hill Cemetery in Spearfish.