Jeff Workman, 63 of Moorcroft, Wyoming, passed away on November 1, 2020, with his family by his side after a brave battle with cancer and is now enjoying coffee with his dad and holding his beloved dog Bugg.

Jeffrey Dale Workman was born on November 9, 1956, to Dale and Luella (Ames) Workman in Salt Lake City, Utah. He was the fifth of seven children to be born to Dale and Ella.

Jeff spent his childhood growing up in Duchesne, Utah, where he spent every moment fishing, hunting, arrowhead hunting and swimming. His school day was just the beginning of his socializing as he would spend every moment with his friends and family until the sun went down and beyond.

His youth growing up in Duchesne was full of cherished stories and friendships that carried throughout his life. As he entered high school, he worked in the Texaco station in Duchesne with his dad and spent his evenings driving his Blazer and chasing his high school sweetheart Mary Borthwick.

After graduation, he and Mary married on November 29, 1975 and moved to Moorcroft, where he worked in the oilfield for about a year before going to work at Belle Ayre mine as a mechanic. He worked at the mine for over 25 years where he developed many great friendships that lasted until his death.

Pursuing a passion, Jeff and Mary took a leap of faith in 2001 when the couple started their own business, Flowtech Fueling Systems. Over the next 20 years, he developed numerous patents and partnerships to create a booming business not only in the Powder River Basin mines but nation and worldwide.

Jeff and Mary were blessed with three children. Sara was born in 1978 followed by Lori in 1979 and Ashley in 1988. All three girls were raised and graduated from Moorcroft High School.

Jeff and Mary were even more blessed to have nine grandchildren with whom they spent much time at the lake, riding four-wheelers and spending time at their home near Devils Tower. Family was always a huge priority to Jeff and Mary and they spent a lot of time visiting family and friends in Utah and Wyoming over the years.

When not working, Jeff’s love for the outdoors continued throughout his life where he enjoyed hunting and camping in the Bighorns and Sand Creek, fishing and boating on Keyhole, hunting for arrowheads and shooting his collection of guns. His pride and joy of his collection was his buffalo rifle that he loved to not only shoot but also to learn and talk about to anyone. 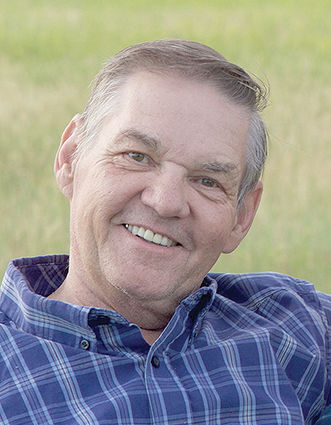 Services will be held at the Moorcroft Town Center on Friday, November 6, 2020 at 11 a.m. with a graveside burial to follow. Visitation will be at Fidler-Roberts Isburg Funeral Chapel of Sundance (208 Main Street) from 5-7 p.m. on Thursday, November 5.