Larry Glen Riehemann, 64, of Moorcroft, Wyoming, passed away on October 14, 2020, at his home of natural causes.

He was born May 5, 1956, in Sundance, Wyoming, to William C. and Ledel (Baldwin) Riehemann. Larry shared a birthday with his brother Bob. He lived on the family ranch outside of Osage until 1963 when the family moved to Upton, Wyoming and he attended school through the fifth grade.

In 1966, the family moved to Moorcroft where he attended school, graduating in 1974. Following graduation, he enlisted in the Navy.

After his discharge from the Navy he returned home and worked various oilfield jobs. In 1984 he went to Daytona, Florida and attended motorcycle mechanic school.

After returning to Moorcroft in 1985 he met and married Connie Ehman. Connie passed away in 2002. Larry continued working in the oilfield until his retirement in 2018.

He loved animals, especially his two dogs, Buster and Toby. He loved spending time with his family and friends. He also enjoyed traveling and especially the cruises and trips with his friend Verlene. On one of the cruises he was affectionately nicknamed Larry DaTurd. 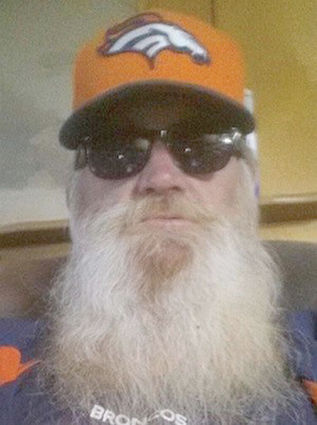 He loved fishing. He had a contagious smile and laugh. He will be missed by his family and friends.

Larry is survived by his childhood through adulthood friend, Verlene Reynolds; his loving dogs, Buster and Toby; his brothers, Bill (Barb), Ray (Gloria) and Bob (Glenna) all of Upton, Carl (Patty) of Gillette, Wyoming and Paul (Kelli) Baker of Moorcroft; as well as many nephews, nieces, cousins and friends.

Larry was preceded in death by his wife, Connie; his parents and his stepfather, Paul Baker; and nephew David Riehemann.

Cremation has taken place and services are pending.