Milten resided at his home in Sundance, Wyoming, for 26 years following the death of his wife. Milten was born the second child of ten children to Nellie M. Lull and Earl W. Gray on March 31, 1923, in Osage, Wyoming.

His family settled in the Kara Creek area. Milten attended school in Sundance. He worked on the ranch until he was drafted into the United States Army on January 29, 1943 at the age of 17 and was honorably discharged on November 20, 1945.

He served in the United States Army Air Corp during WWII, and fought in five major campaigns, starting in England and ending in Central Europe. He had two brothers, Homer and Raymond, that were in the same division.

He carried a guitar throughout his tour. Milten was the first to leave and the last to return home of the three. Three younger brothers served in other conflicts.

Upon his return home from the service, Milten’s trade as a brick-layer kept him employed. He met the love of his life, June Leila Jones and they were married on September 6, 1947, in Newcastle, Wyoming. Their family began with the birth of their first son, Gary M. Gray in March 1952, followed by the birth of their second son, Steven M. Gray in May 1958.

Milten enjoyed snowmobiling, hunting, fishing, family gatherings and friends. He was considered to be a hardworking, hospitable gentleman.

He played the banjo, mandolin, violin and guitar. In later years, June and Milten started their own business, Empire Electric. The business was sold upon their retirement.

Retirement was enjoyed by traveling to Europe and Alaska with June and his sister-in-law, Verna Clark, taking in sights and genealogy. He enjoyed his many trips to Dayton to see his family. Many fun times were had during camping trips, hanging out or their trip to Alaska. 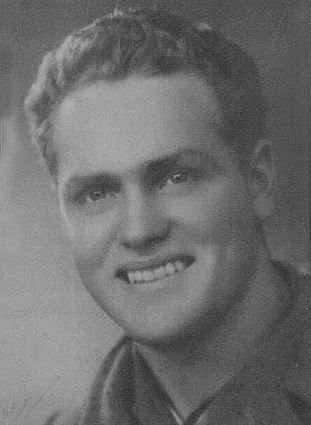 He is survived by his son, Steven and wife, Tori; daughter-in-law, Daviett Gray; his brother, Gaylord Gray; grandsons, Brandon, Corby and Aaron; granddaughter, Tracy and 11 great-grandchildren and many nieces and nephews.

Memorial funds will be used to provide assistance for Veterans.

As per Milten: “Take one day at a time and hope for the best.”

Arrangements are under the care of Fidler-Roberts & Isburg Funeral Chapel in Sundance, WY.